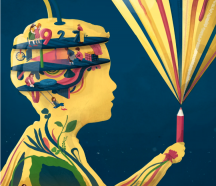 As Montessorians, we have long marveled at Dr. Montessori, a doctor and scientist, who had the visionary ability to develop an educational practice that best supports a child’s brain development.

Today, as a result of new technologies that allow us to view the brain in action, “the field of neuroscience” has affirmed Montessori’s basic observations and theories regarding how children learn and experience their environments. Read below for more about the importance of a brain-based education!

Why Ages 2-7 Matter So Much for Brain Development

When Albert Einstein was a child, few people—if any—anticipated the remarkable contributions he would make to science. His language development was delayed, worrying his parents to the point of consulting a doctor. His sister once confessed that Einstein “had such difficulty with language that those around him feared he would never learn.” How did this child go from potential developmental delays to becoming, well, Einstein?

Part of the answer to that question is symbolized in two gifts that Einstein received from each of his parents when he was 5 years old. When Einstein was in bed all day from an illness, his father gave him a compass. For Einstein, it was a mysterious device that sparked his curiosity in science. Soon after, Einstein’s mother, who was a talented pianist, gave Einstein a violin. These two gifts challenged Einstein’s brain in distinctive ways at just the right time. 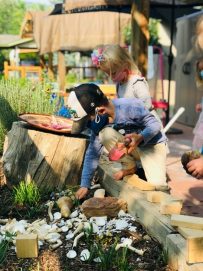 Many of you are aware, with Thanksgiving upon us, that we call attention to  Native American Heritage Month which is observed in November. This month is an opportunity for learning and discussions … END_OF_DOCUMENT_TOKEN_TO_BE_REPLACED

Brain-Based Learning As Montessorians, we have long marveled at Dr. Montessori, a doctor and scientist, who had the visionary ability to develop an educational practice that best supports a child's … END_OF_DOCUMENT_TOKEN_TO_BE_REPLACED

Shared from:  SUSANMAYCLINSTEPHENSON How to Talk to Children about War It is impossible these days to completely avoid news about the war in Ukraine. Here are some ideas for how to best help … END_OF_DOCUMENT_TOKEN_TO_BE_REPLACED

Rude, Mean, or Bullying?   Understanding the differences in unkind behavior versus bullying (intentionally aggressive behavior, repeated over time, that involves an imbalance of power) can be … END_OF_DOCUMENT_TOKEN_TO_BE_REPLACED